This book is inspired and structured by Invisible Cities of Italo Calvino (translated by William Weaver), the mesostics of John Cage, the galactic tides of Alar and Juri Toomre, the typography of Iliazd. I wrote software to read through Italo Calvino’s Le Citta Invisibili (in the English translation by William Weaver) in order to create a series of mesostic poems. This process only kept a small fraction of the original text. I illustrated the poems, using my own software.

Overview of the Software: First, the book title as mesostic line filters and selects proper city names as wing words. Then city name mesostics assemble each poem from snippets chosen in their order of appearance within each city chapter. Last, fractal timelines animate worlds of lines, colors, and symbols implied by each city character and textual properties. Overall, generative poetry composed by ideas translated into code, with deliberate rule breaking through chance or bugs, and digital humor.

Media: The poetry is printed with metal types on the letterpress, and the illustrations are printed on the inkjet. The altered original book is a digital intervention completed by traditional, analog processes. Seventy-three copies were designed using Gill Sans Light composed by Michael and Winifred Bixler and then Sandra Liddell Reese and Harry Reese used letterpress printing to print the books. Drawings are by Jean-Pierre Hebert and printed on Niyodo Natural with an Epson Stylus Pro 4800. Handmade paper cover and binding by Turkey Press. 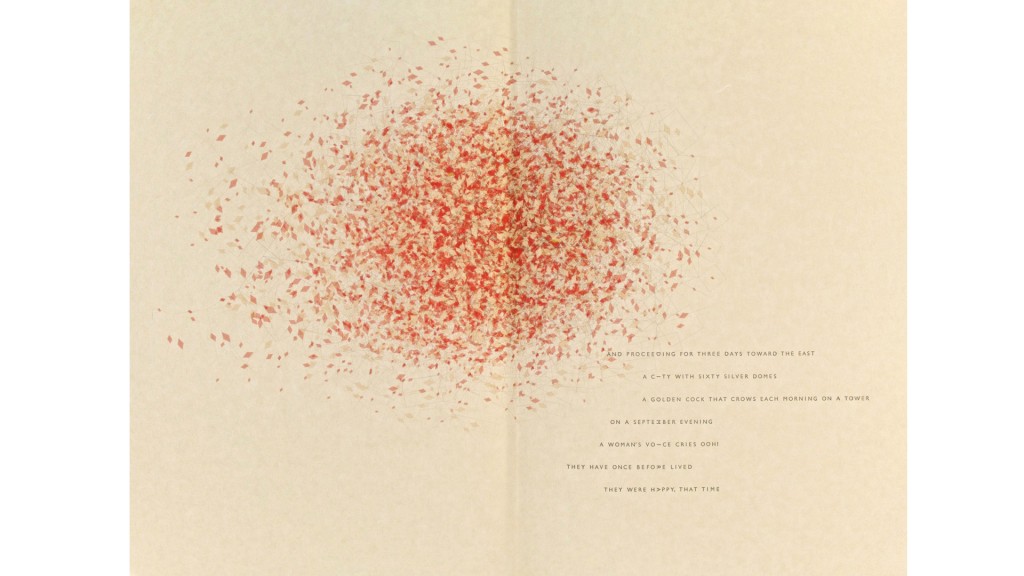 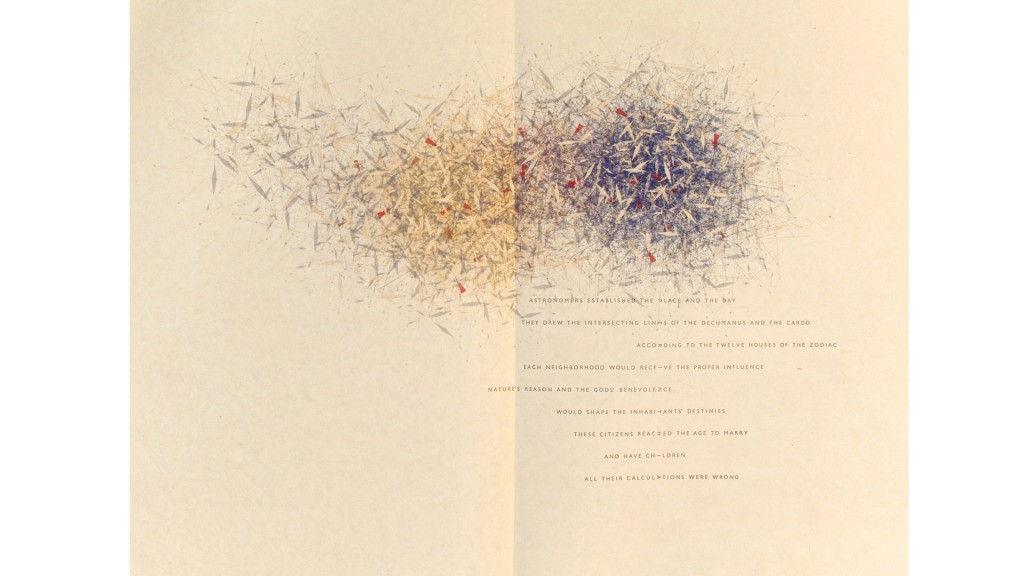 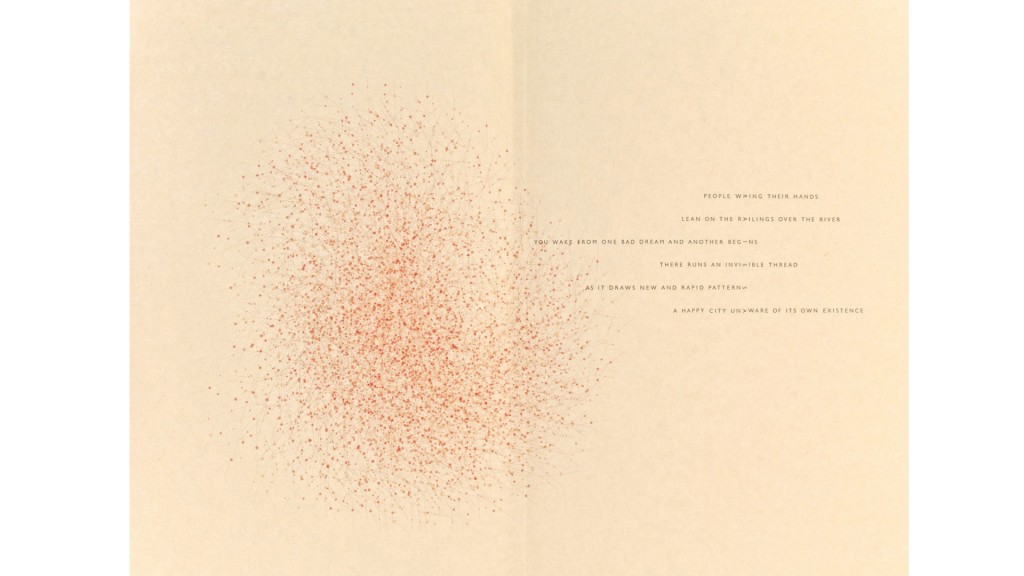 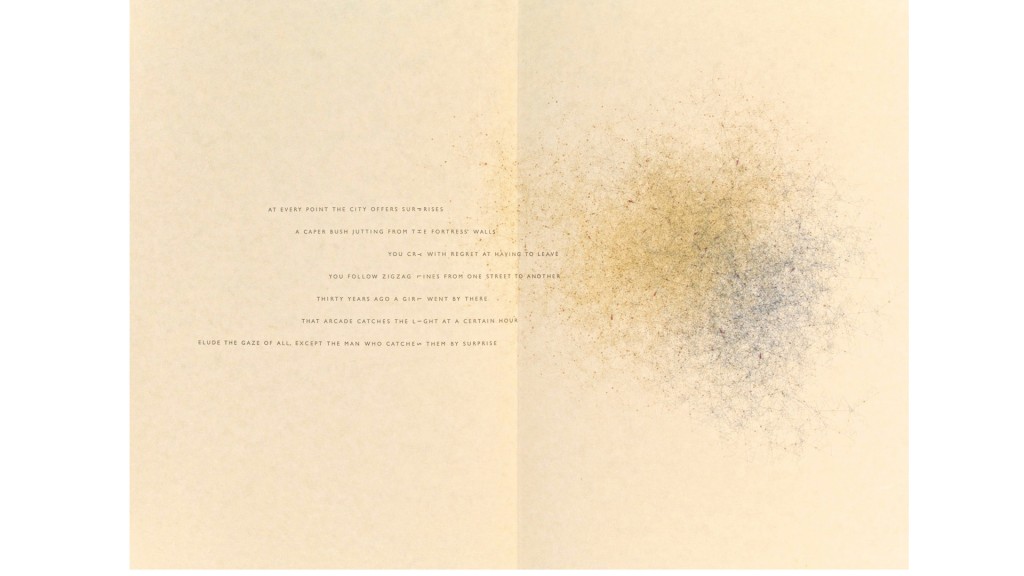