This set of images are stills from a series of seven (six represented here) short digital animations based around the poem Jabberwocky by Lewis Carroll. The poem appears in Carroll’s 1871 sequel to Alice in Wonderland, Through the looking-glass and What Alice found there where the heroine finds herself in a alternative, reflected world after stepping through a mirror. She subsequently discovers the Jabberwocky poem in a book which she is unable to decipher until she holds it up to the mirror and can then read the characters the right way round.

Not only am I interested of the notion of a book within a book, but how external influences can change the content’s meaning. As a modern take upon this, the still images I have created serve as augmented reality trigger images – hold a tablet device to them running the Aurasma app. and an alternative animated scene will be revealed containing fractal monsters which are suggestive of John Tenniel’s original illustrations of the poem.

The animation overlay includes the recited poem with elements of it spoken backwards, then reversed to mimic the reflection of the book in the looking-glass as Alice read it. Other ambient sounds are also included to generate an atmosphere. The still images are part of an inkjet printed book and will also form part of an e-book to be published later this year on the Apple iBookStore. 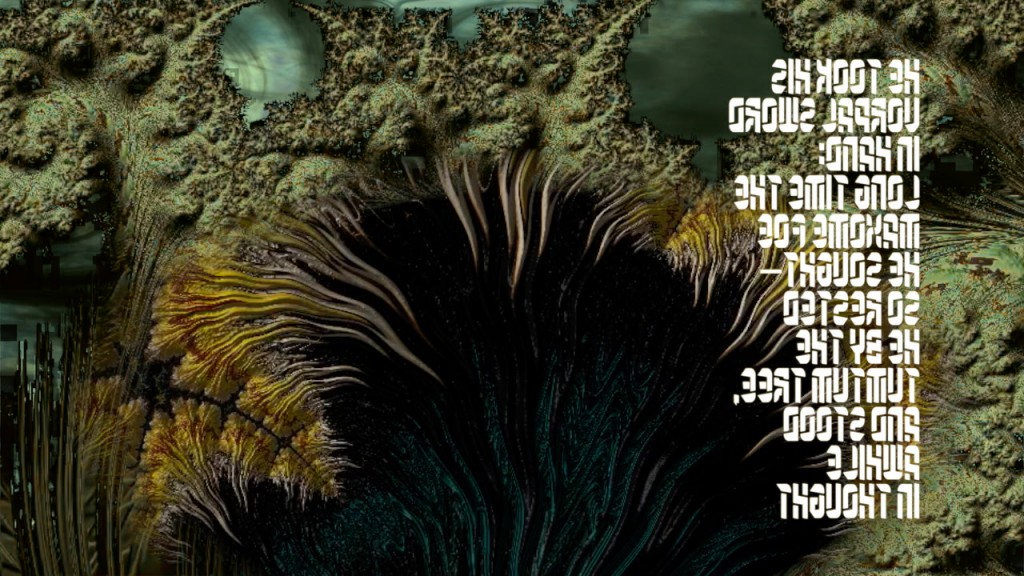 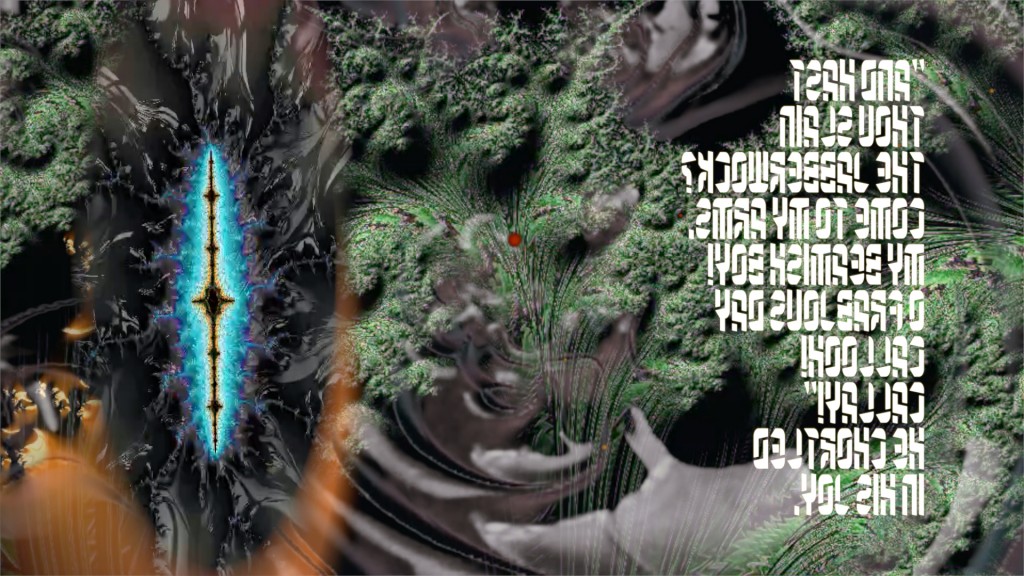